Over the winter season we have a limited number of our holiday cruisers still in the water. The rest are going through the shed to have their annual winter maintenance (more about that later on).  Of the cruisers that we are using at this time of year, all of them were hired out for Christmas and most for New Year’s, and weren’t they lucky with the weather? 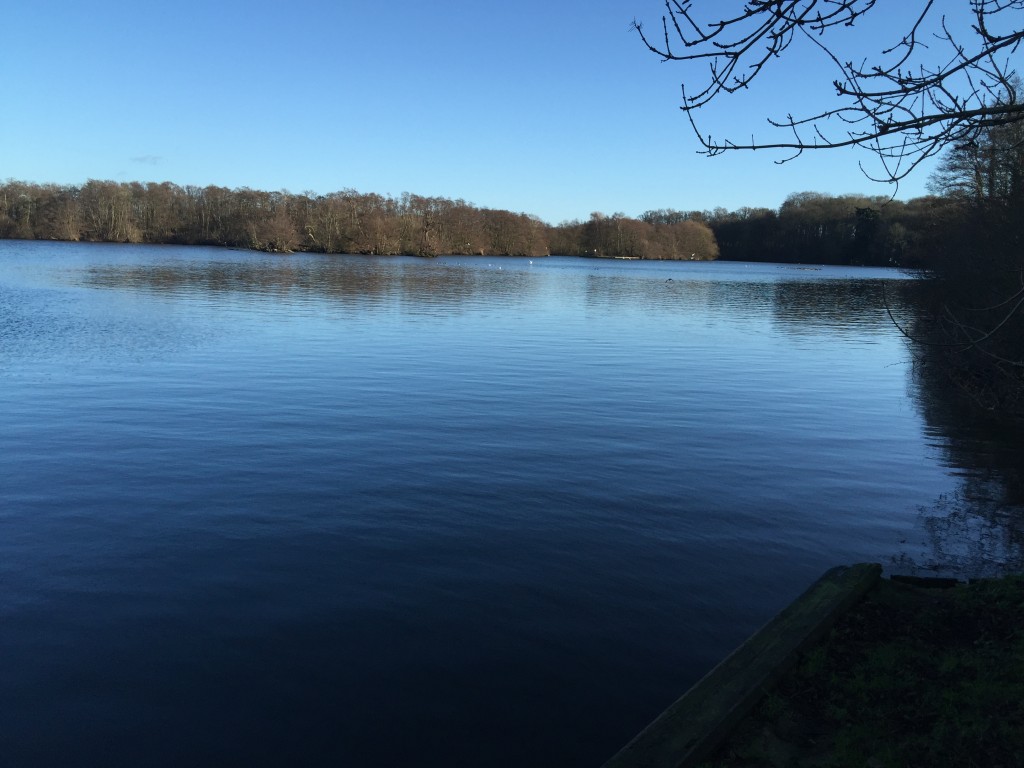 We still have a few boats out during January and February; in fact this morning we had Mr Moore returning off Fair Regent 3 who said to us “that it’s a lovely boat and a lovely time of year to visit the Broads and to see the wildlife; with a herd of red deer on the River Ant, a bittern near Cromes Broad on the Ant, plenty of kingfishers and the biggest flock of seagulls on Salhouse Broad.” He then went on to say “that it was absolutely beautiful and the boat was as warm as toast even when it got down to -60C!” Mr Moore finished off by saying that he would “thoroughly recommend” having a Broads boating holiday at this time of year, but he doesn’t want too many people to come as he wants to keep the peace and quiet to himself! 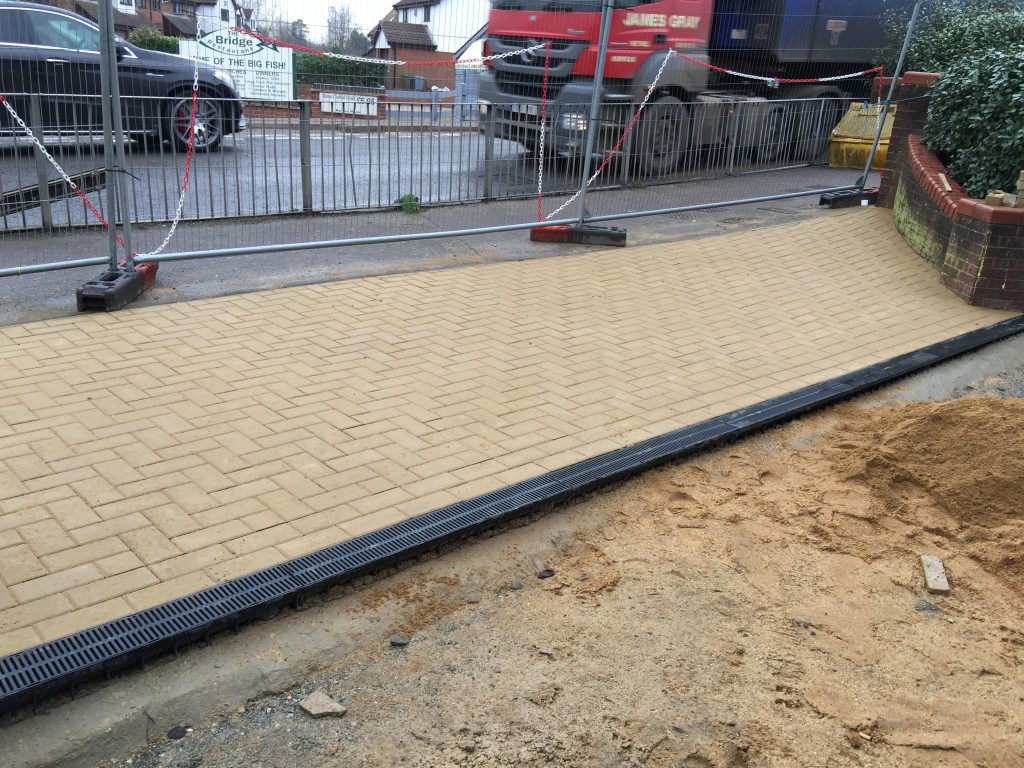 The brick weave is coming along nicely 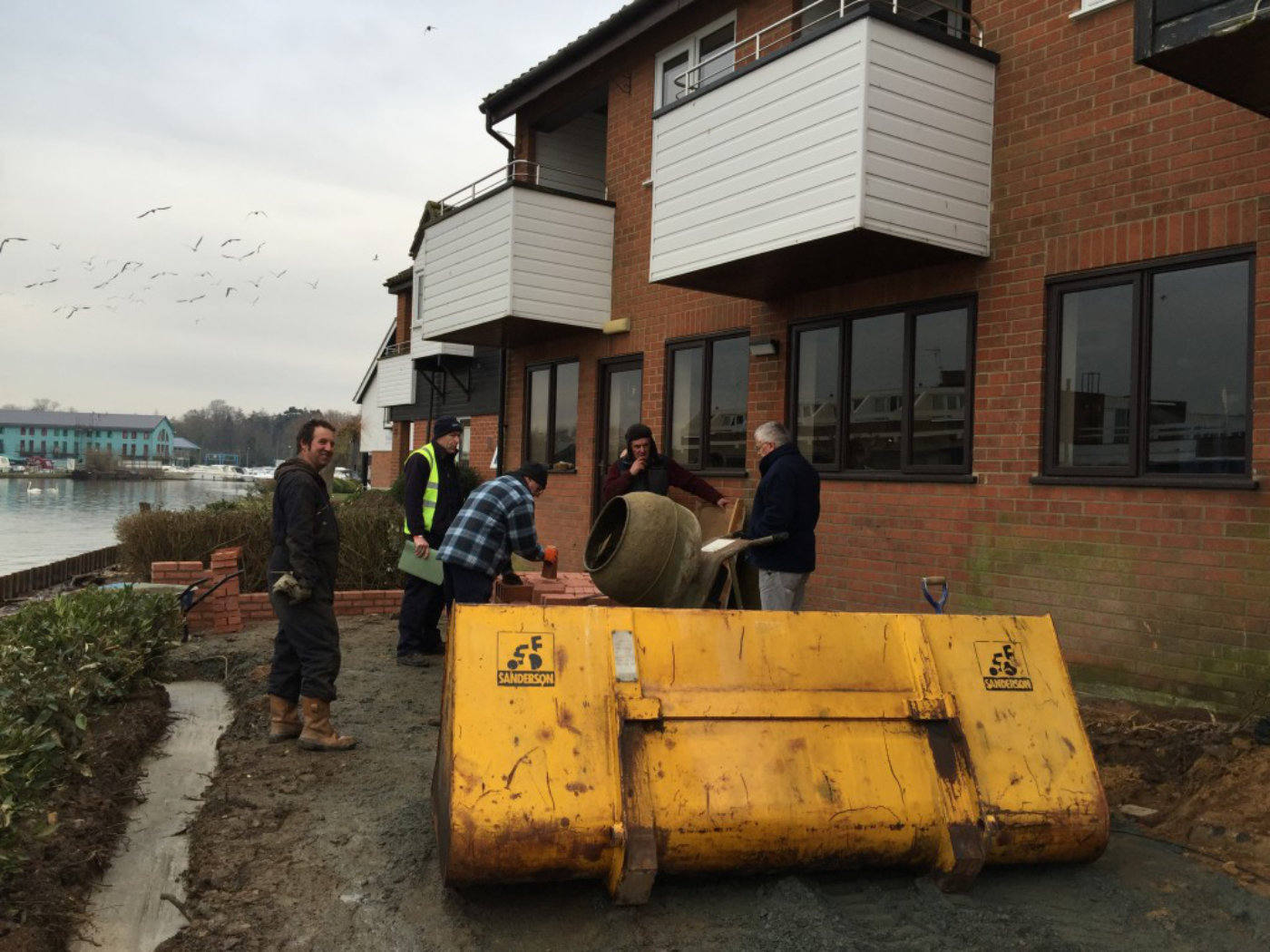 As always these things take a lot of looking at, talking about and head scratching

Back to the annual winter maintenance, where the Faircraft Loynes fleet of hire cruisers are making their way through the Peninsula Shed. The process involves lifting every cruiser out of the water, polishing and painting the hull before returning them back to the basin. 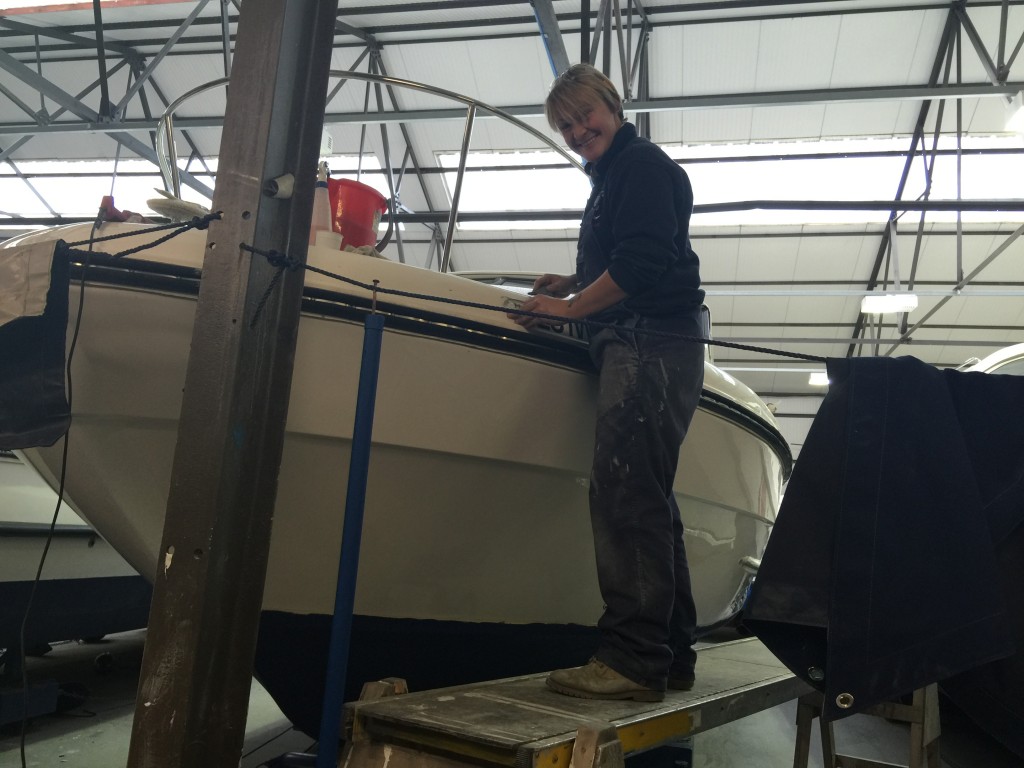 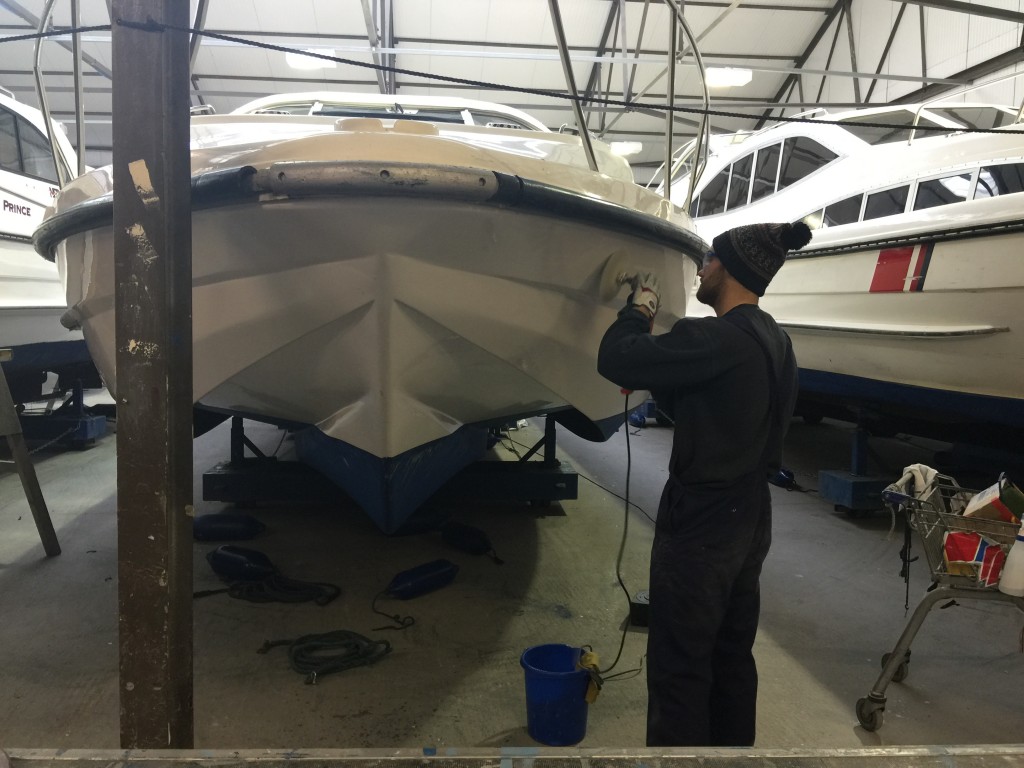 Now here is the news which you have all been waiting for, how is the building of Fair Commissioner coming along?

As those of you who follow us on Facebook know, Fair Commissioner 1 is coming along nicely. The engine is in, the headlining is up, the cooker is in place and the bed head board has been added. Since then Steve has been connecting the electrics at the helm and installing the TracVision to receive the Free Sat TV channels. 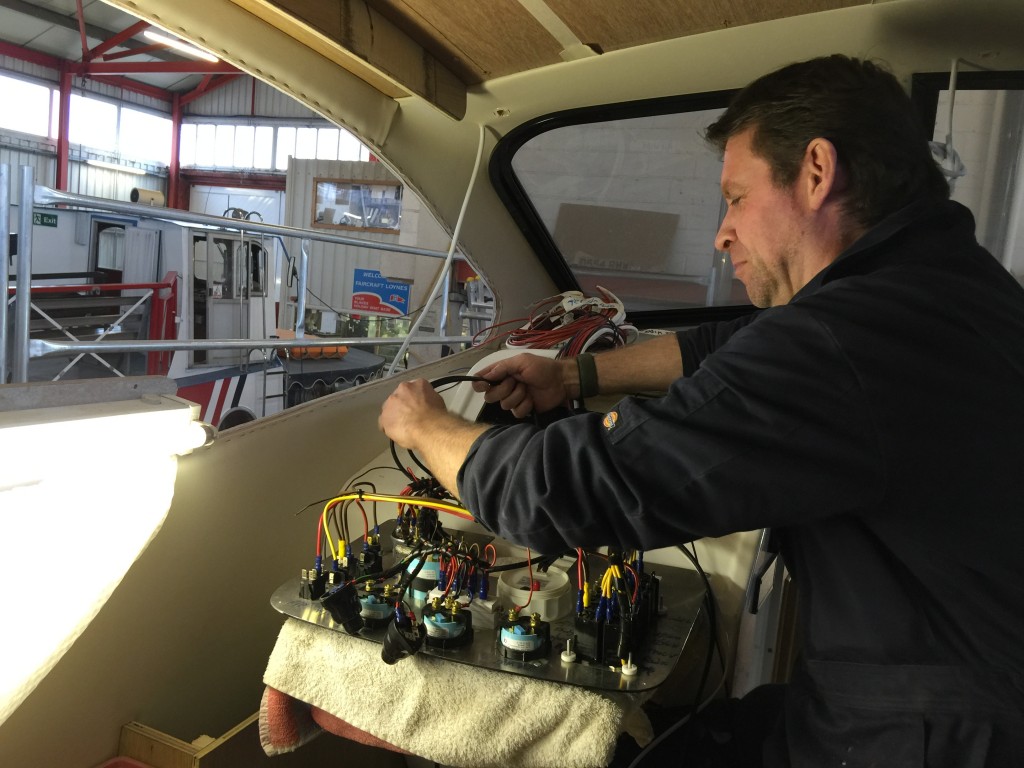 The colour palette has been decided, and Fair Commissioner is going to be decorated with purples and greys, let us know what you think? 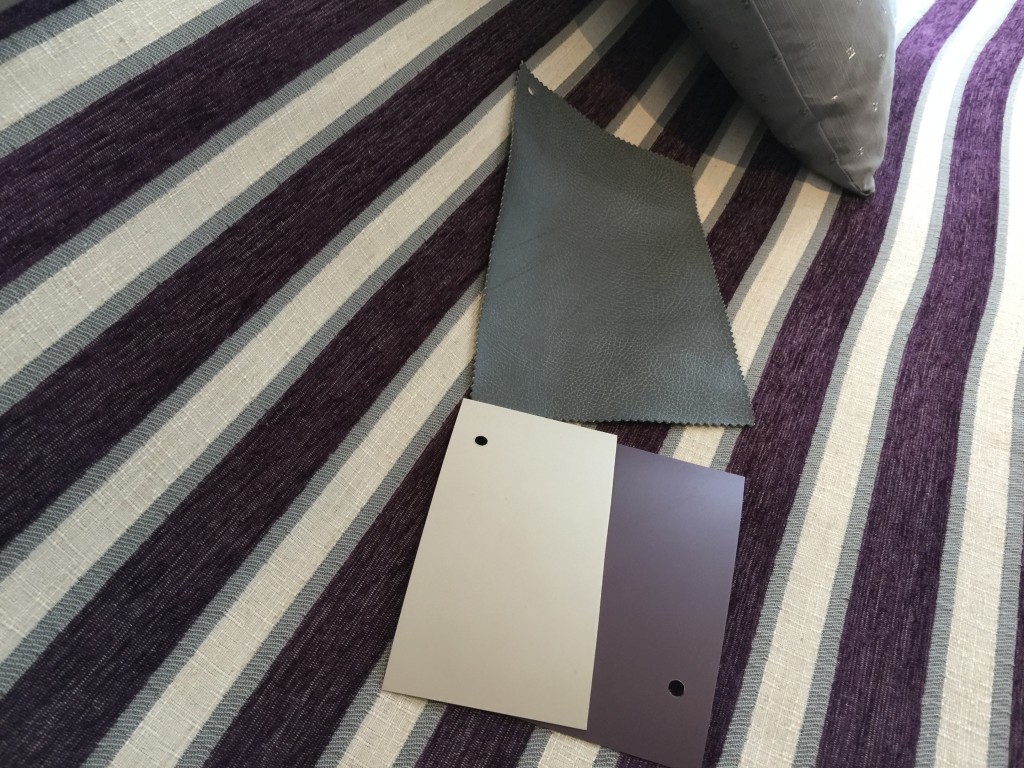 Whilst Fair Commissioner 1 is making good progress ready for her first hire at the end of March, just in time for Easter,  Fair Commissioner 2 is still a hull sitting in the car park waiting to become the newest addition to our luxury Broads hire cruiser fleet.

Sitting next to this is a hull the same as Fair President, yet this hull is still nameless. We have had some great name suggestions already, why don’t you add your suggestion to the mix? This boat is looking to be launched late in the 2016 season or ready to start the 2017 season.

We will be making a decision on the name soon, so watch this space!! 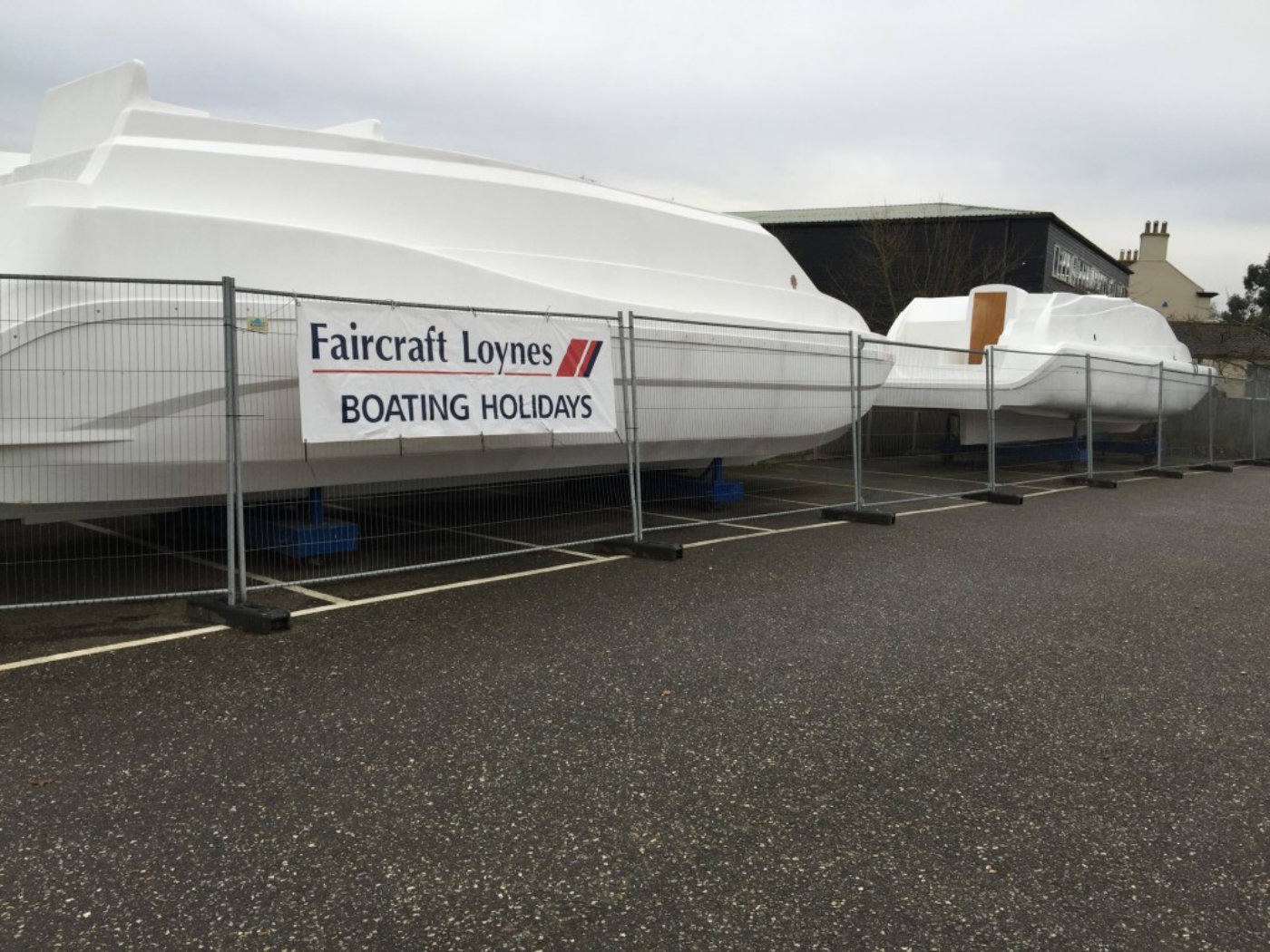 That is all for the news for now, check back soon for the next update for Fair Commissioner and how the winter maintenance is getting along.