Now is a wonderful time to be on the river.

What was suspected to be a pair of ospreys were spotted hovering above Hoveton Great Broad and Woodbastick recently by one of our members of staff Tobi, who skippers boat trips for day visitors.  The fantastic fish eagles – with a 5 ft wingspan – were extinct in the UK until 1954 until a successful breeding programming on Lake Garten in the Cairngorms (Highlands of Scotland) encouraged them to return to Britain.  Although they do not breed on the Broads, ospreys have been visiting Cookshoot and Ranworth Broad (both these nature reserves on can be visited by mooring your boat nearby on the river Bure) in the spring and autumn for the last few years on their annual migration from West Africa and back. 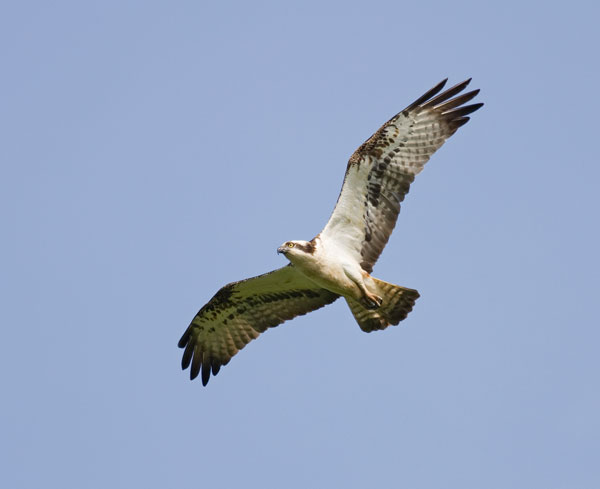 It is hoped that ospreys will eventually return to the Broads in greater numbers and perhaps even breed here in the future.  The Broad’s wilderness areas and abundant fish population offer the perfect habitat for the fish eagles and a special nest was even built on Ranworth Broad a couple of years ago to try to encourage them.

Another stunning sight – which we are now seeing in increasing numbers – is the kingfisher.  They birds are usually seen as an electric blue flash flying fast and low over the water– so you have to be quick to spot them!  Fortunately kingfisher’s shrill whistle often gives us some warning to keep our eyes peeled. 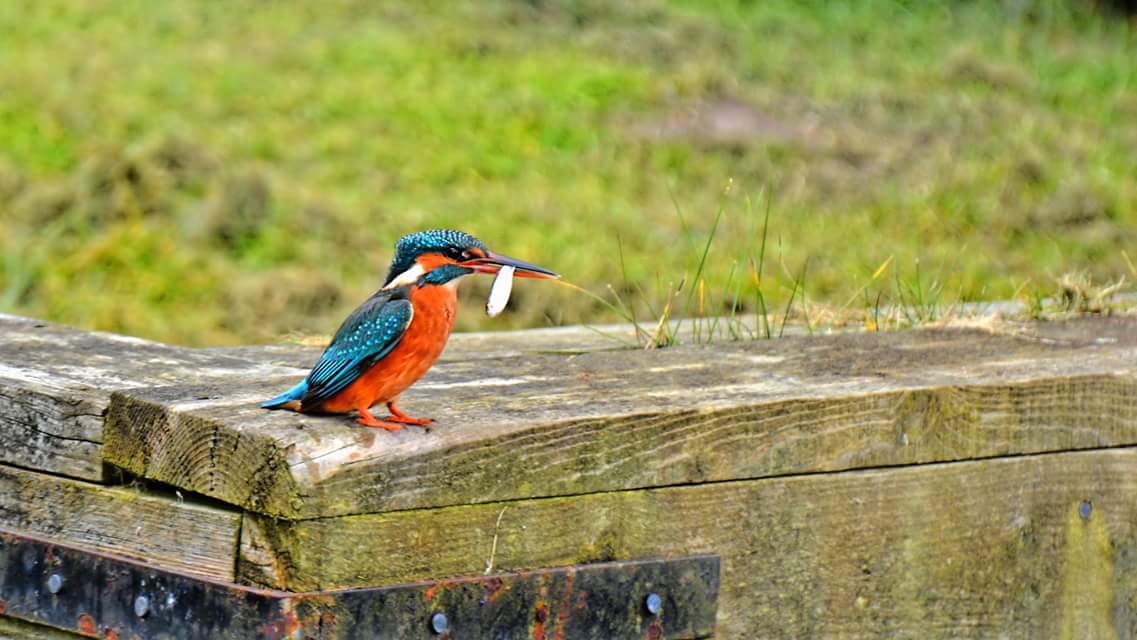 Perhaps the most impressive sighting by another of our trip boat skippers, James, was four kingfishers sitting together on one branch, which is likely to be a pair of adults with two young.  James said: “I saw two kingfishers flying near the entrance to Wroxham Broad so slowed my boat down and gently went up to where they had landed amongst trees so that I didn’t frighten them.  To my surprise there were not two, but four kingfishers, perched one behind the other on a branch, which is a very rare sight indeed!”

Based on this sighting, one theory for why there are so many kingfishers being seen at the moment is that they are having late broods this year.  Kingfishers are also very sensitive to cold temperatures, so the snowy conditions we had in April this year followed by a warm summer may explain why we are seeing the brids in larger numbers later in the year.

One interesting fact about kingfishers is that their bright colouring is not due to pigmentation (in fact it is brown) but due to iridescence as light splits into blues and greens as it passes through different layers of kingfishers’ feathers.

Another species of bird we are seeing a lot of at the moment is herons – particularly juvenile birds, which are distinct from their parents due to their greyer colouring.  We think this is because their parents are now pushing them out of the heronry to find their own territories. 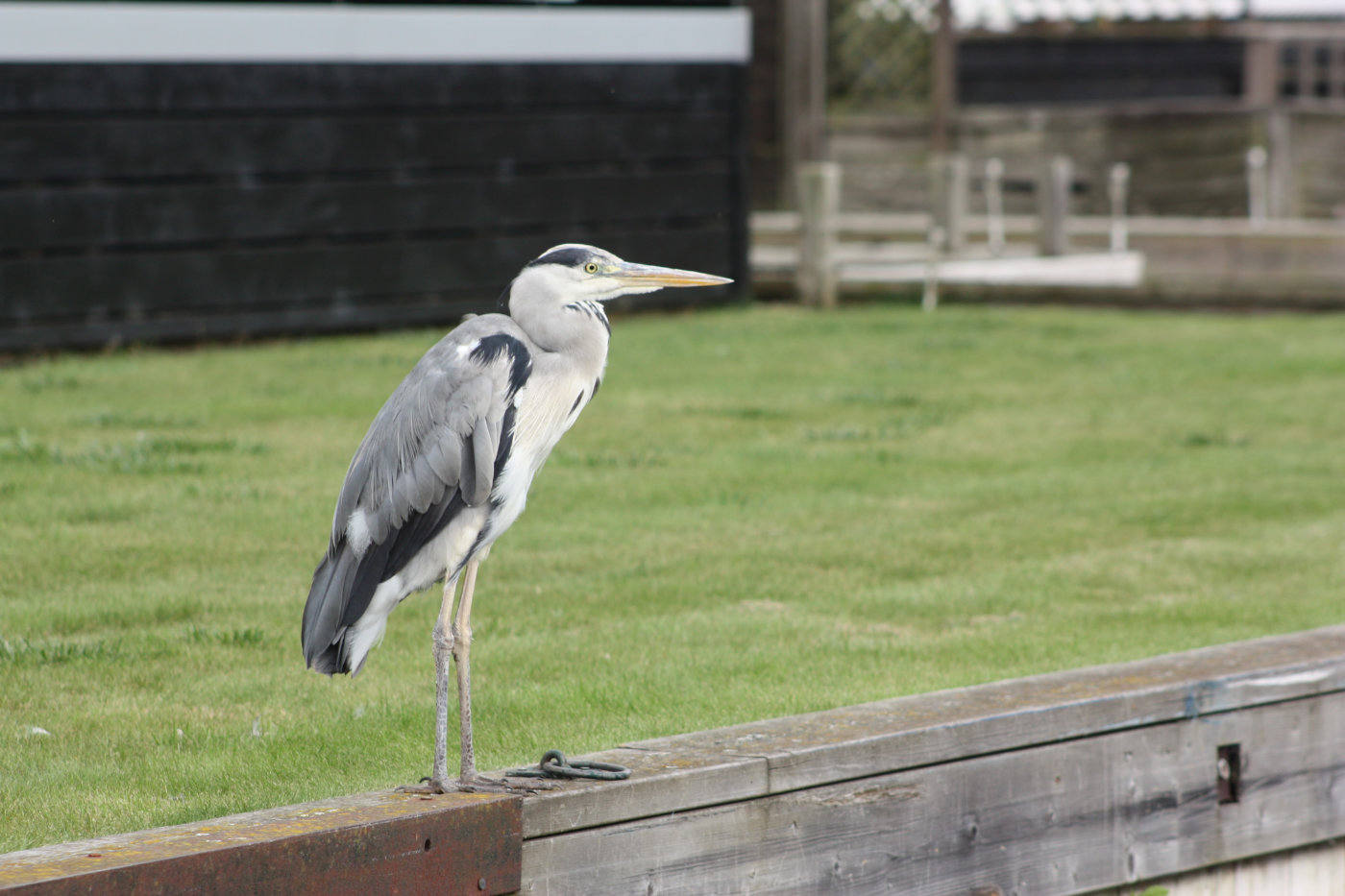 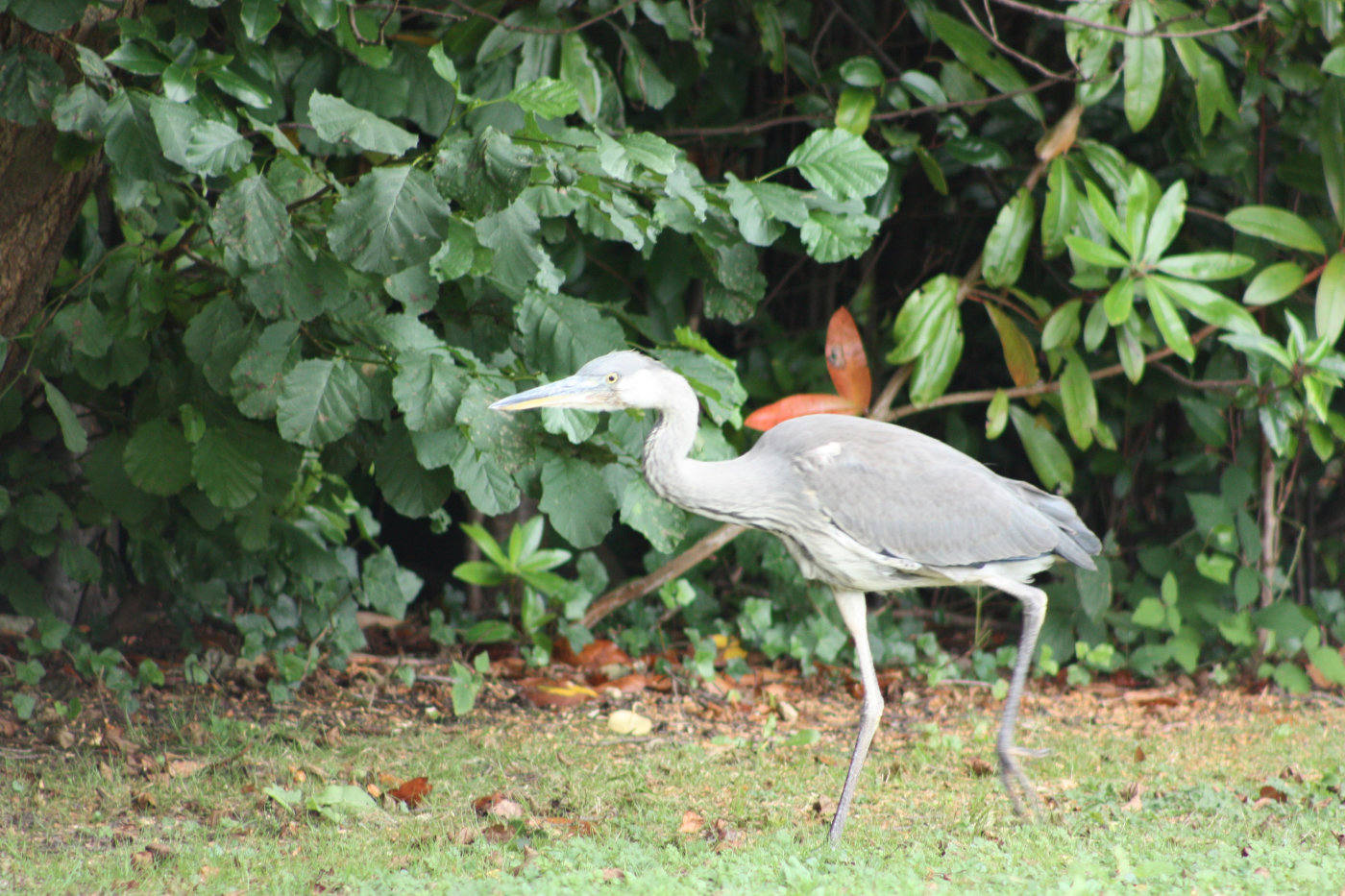 Juvenile heron shown above – identified by the lighter pigmentation

In previous blogs we have expressed our concern that there doesn’t seem to be as many coots around as in previous years.  Well not anymore!

A large group of coots have flocked to Salhouse Broad as shown in these pictures.  They can be seen diving for freshwater muscles, which seem to be their main food source at the moment. 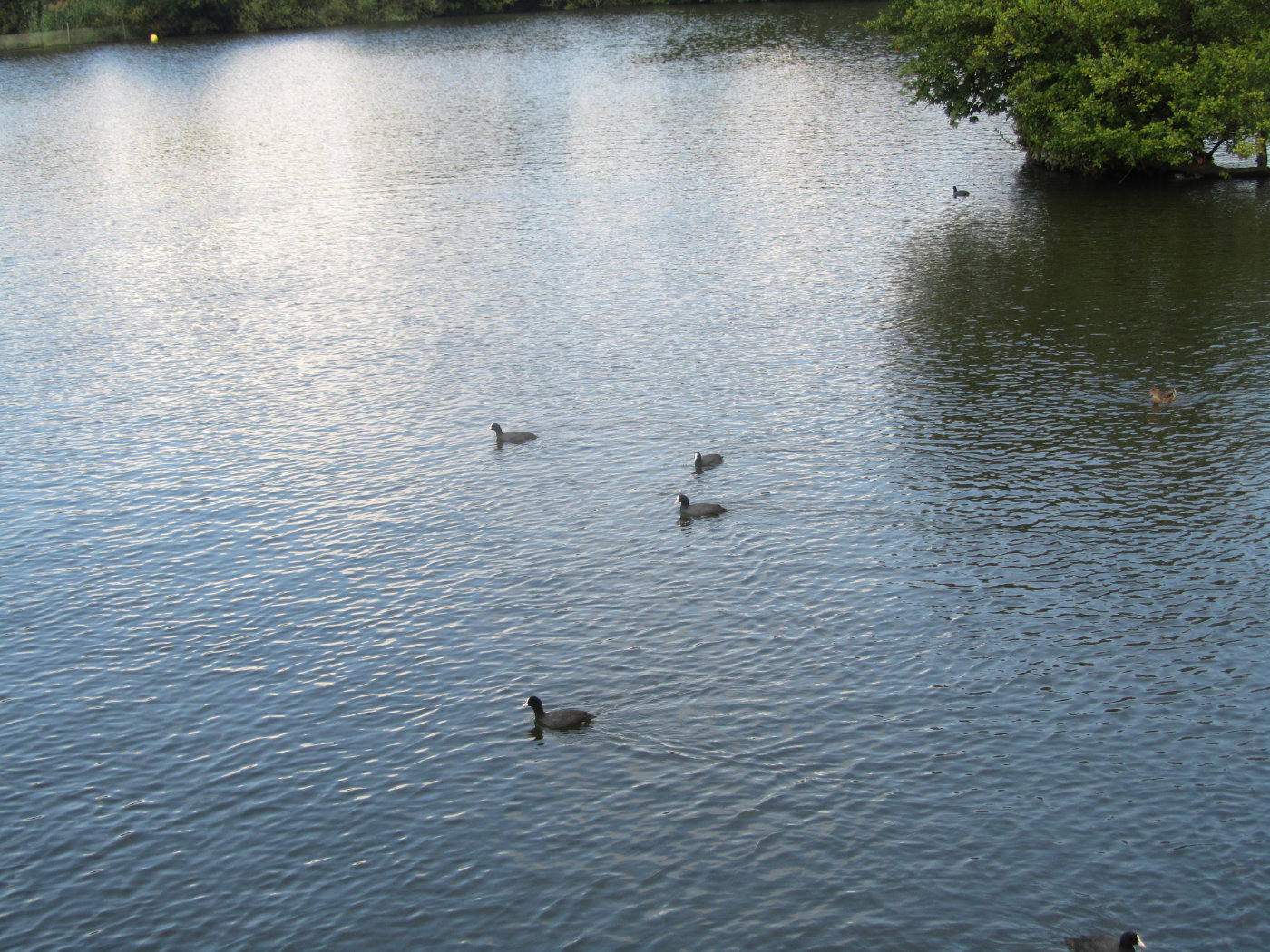 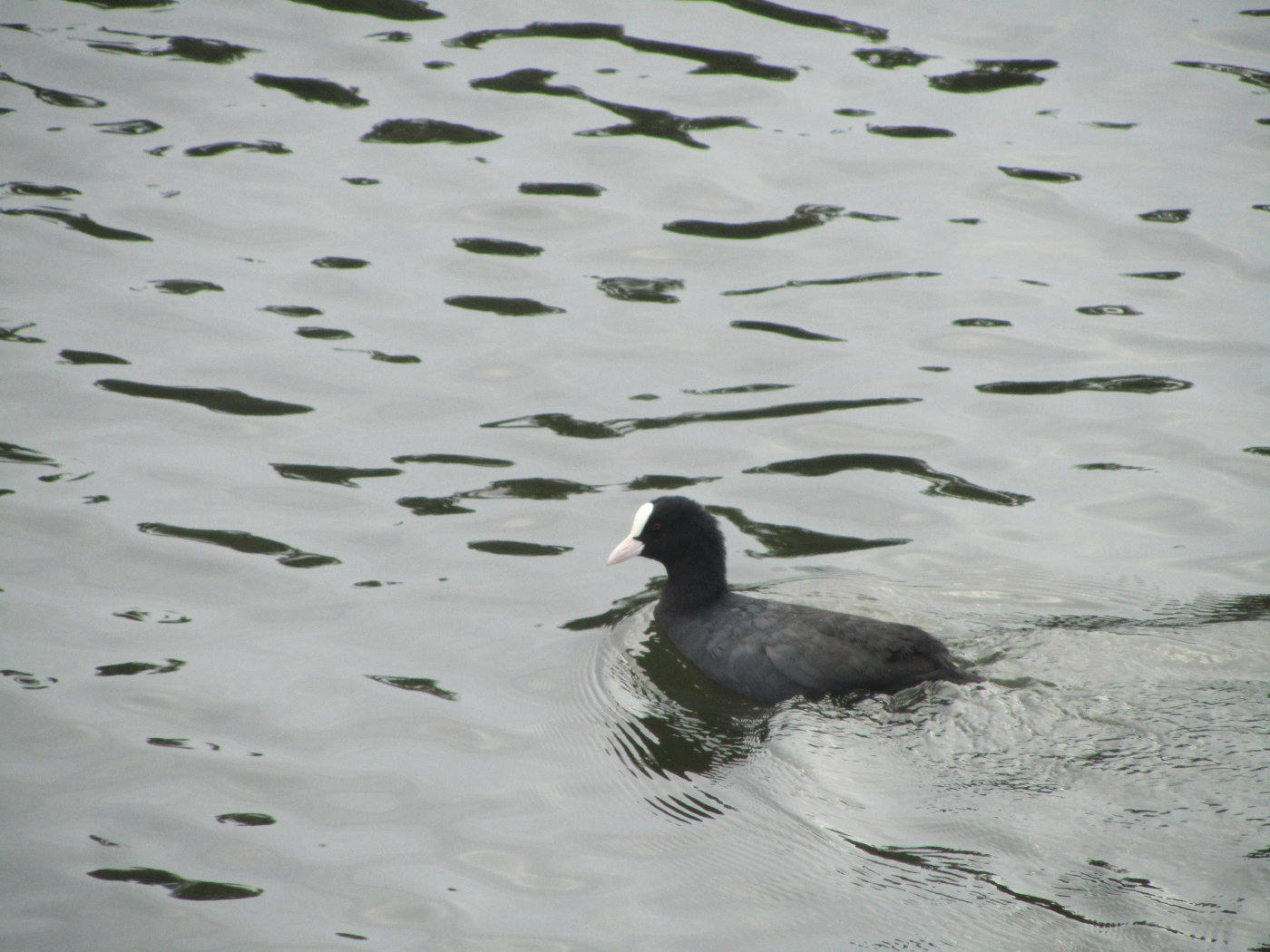 A quirky sight we have noticed is swans displaying territorial behaviour by fluffing themselves up and seeing off other wildlife and rival swans.  Usually you would only expect this behavior in the spring when they are breeding, but our theory is that because the daylight hours at this time of year are similar to the spring some of the birds are getting a little confused! 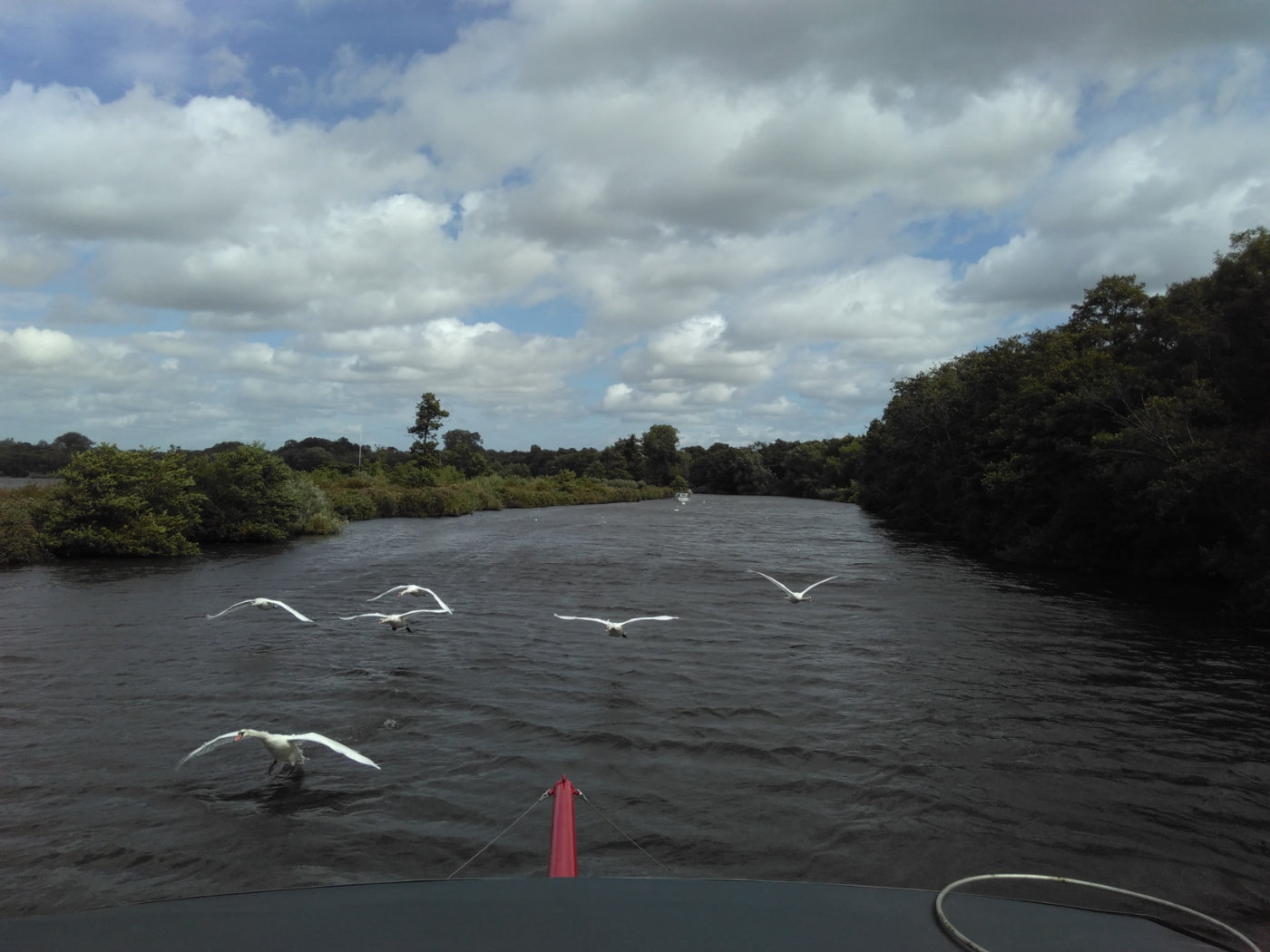 All of the cygnets in our swan families have done very well this year and many of them are starting to develop white feathers like their parents as shown in the picture below. 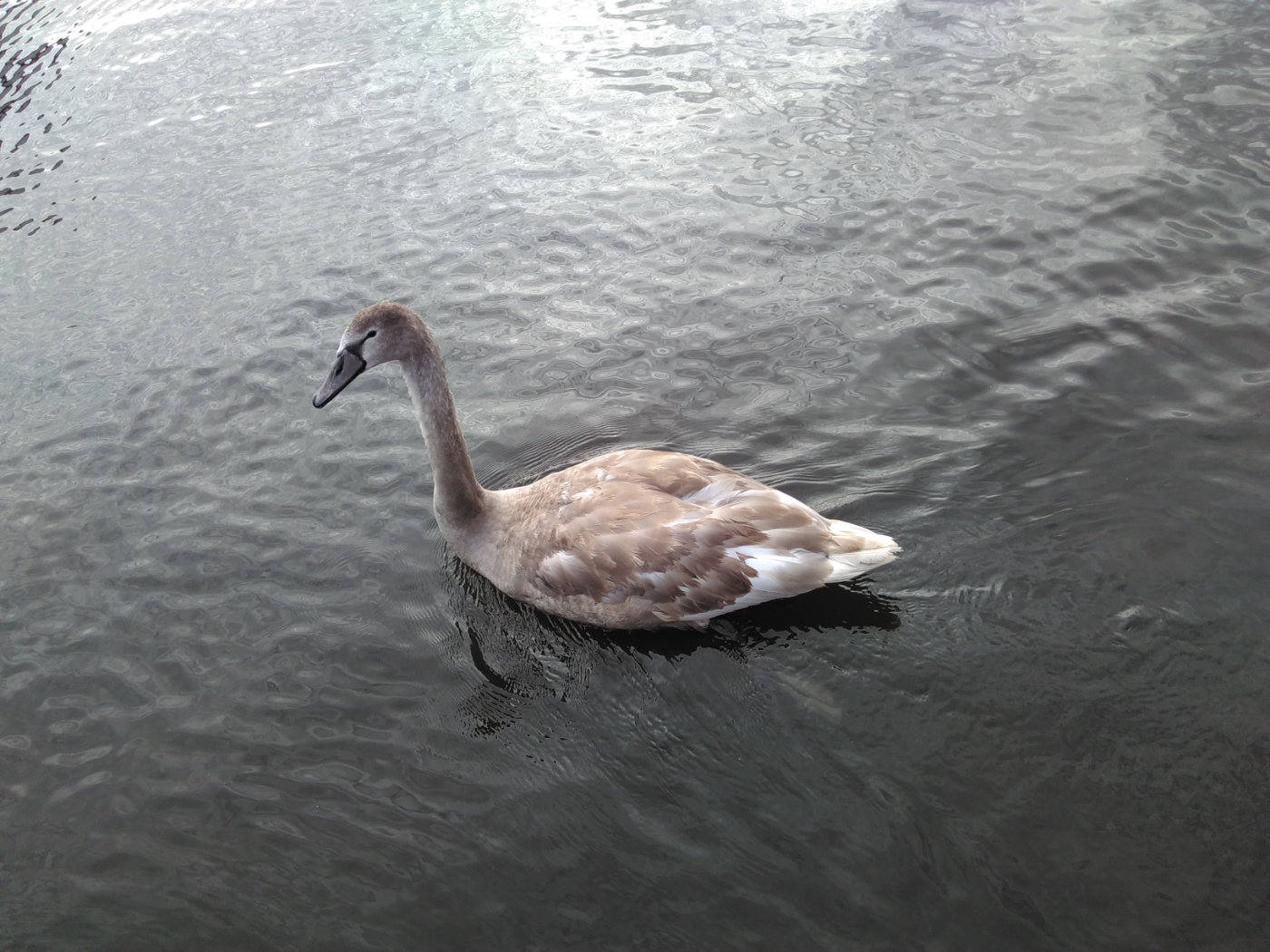 We expect the cygnets to hang around like teenagers for a couple of years before pairing off and starting families of their own.

The greblets that we have followed in this blog since they were hatched in the spring have really grown up and are starting to become less distinct from their parents.  While the greblets used to look very different to the adult grebes (due to their cute black and white stripy faces and punk hairdos) the only thing that sets them apart now is that they have a slightly less vibrant, more grey head dress with less ginger as shown in the pictures below – with the mother to the right and the greblet to the left.  Another juvenile is shown below this picture too. 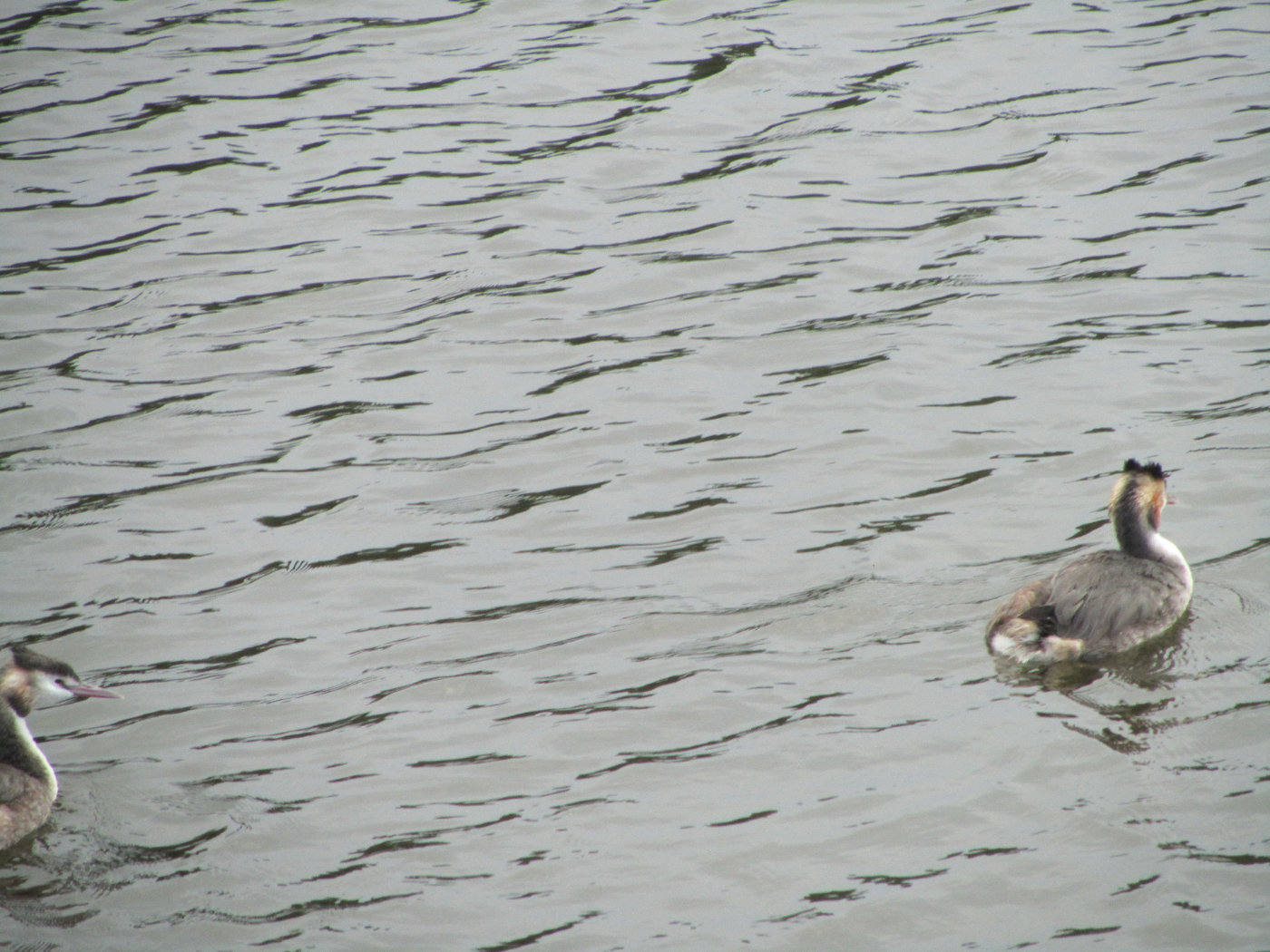 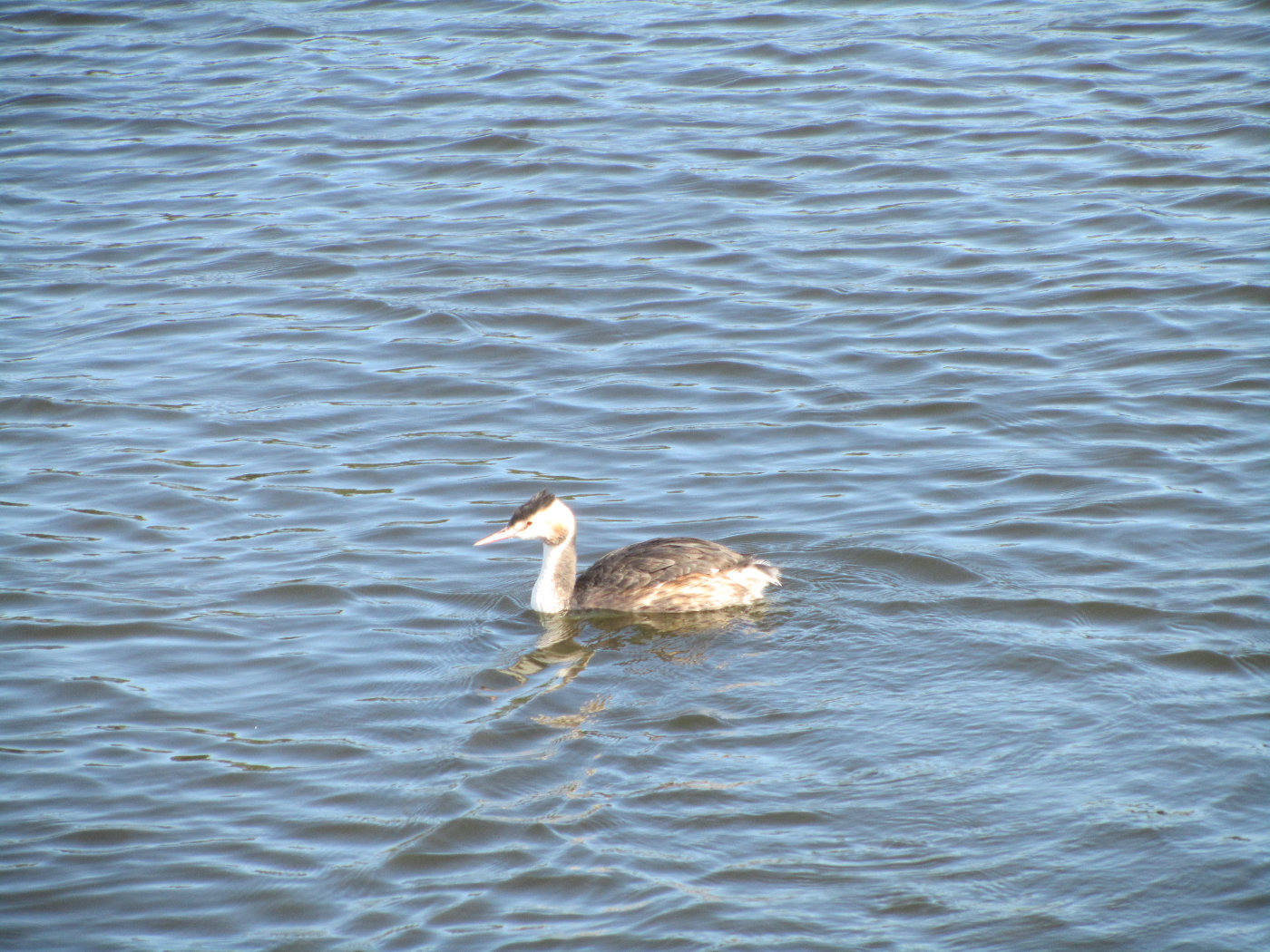 As you would expect, the greblets are becoming increasingly independent and are now spreading out on their own and fishing for themselves. One greblet has even been spotted up at Decoy Staithe, venturing far from his Salhouse hatching ground.

We are continuing to spot on a regular basis, particularly on the section of river between Wroxham and Hoveton Great Broad.  One of our members of staff, Oli, got an unusually long glimpse of a female otter that emerged from the undergrowth near Hoveton Great Broad, just as he was turning his boat around in the middle of the river – what perfect timing! 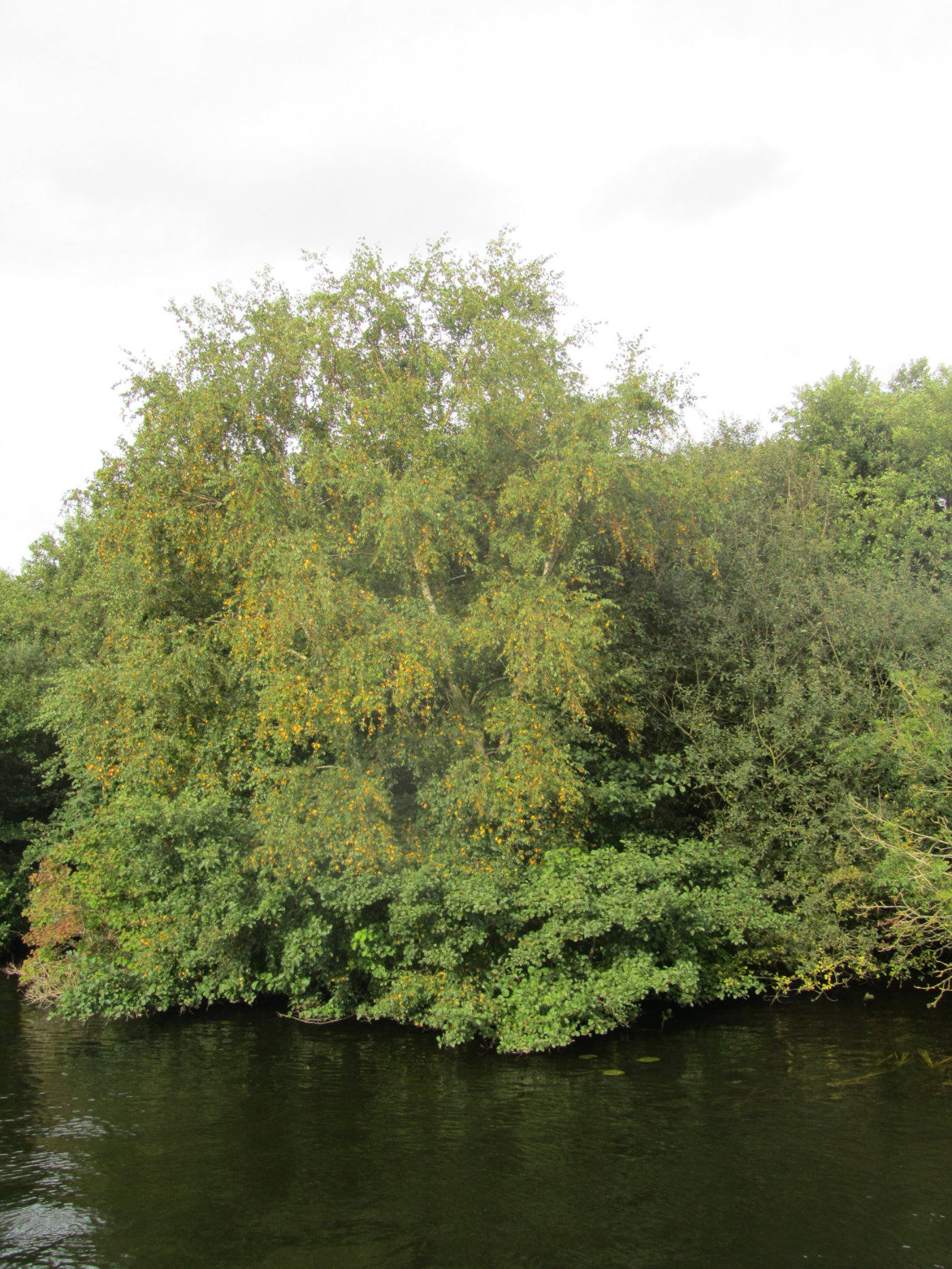 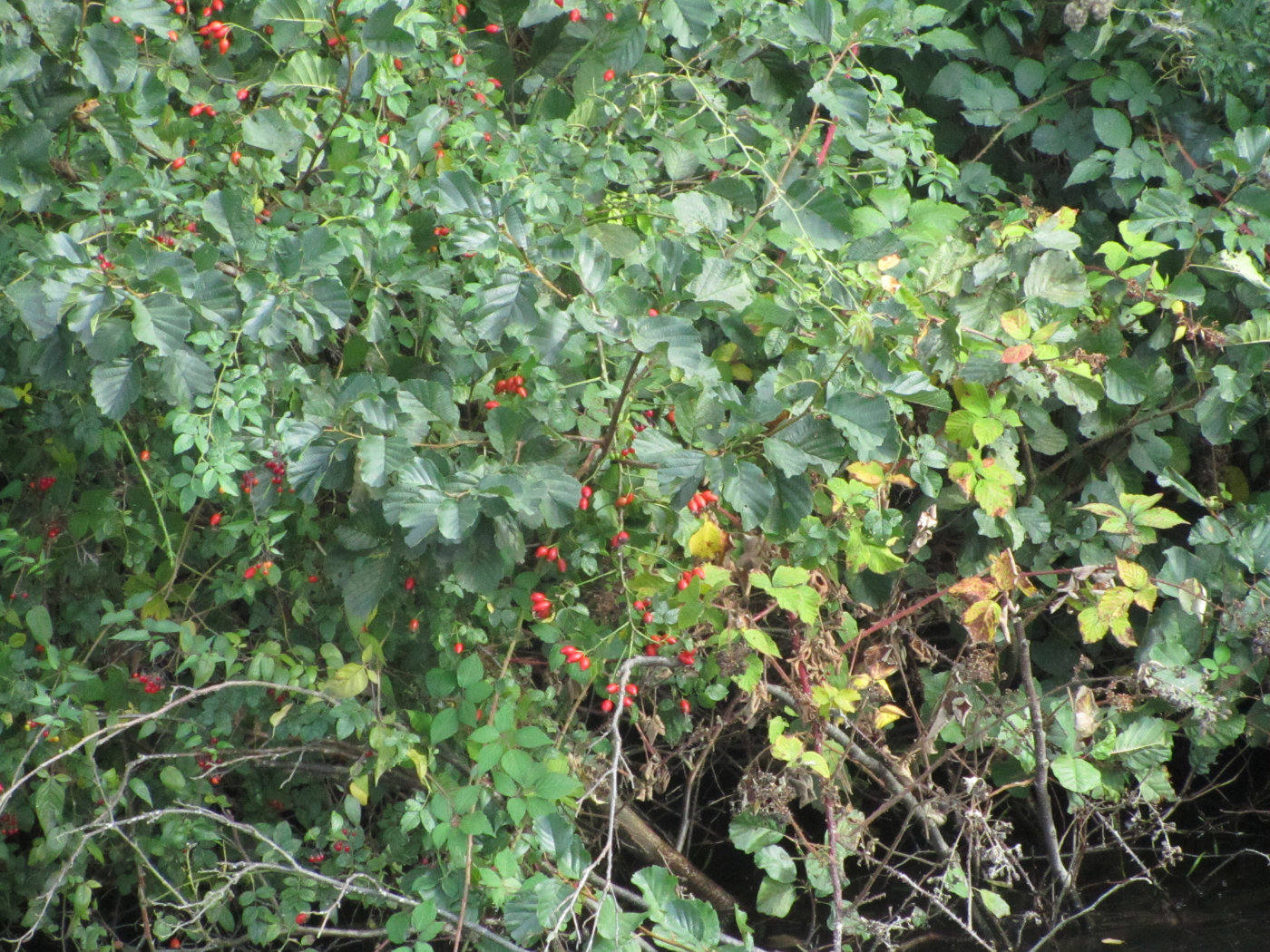 Rose hips are known to be particularly high in Vitamin C and are commonly used as a herbal tea, and an oil is also extracted from the seeds.  While they have a number of medicinal properties they can also make delicious preserves and rose hip wine. Apparently in Sweden rose hip soup is popular!

If you have taken any wildlife pictures on our trips we would love to share them on this blog. Simply send them to info@broads.co.uk or via Twitter @BroadsTours or Facebook by searching Broads Tours or Instagram norfolk_broads_direct