Conservation project is great news for wildlife on the Broads 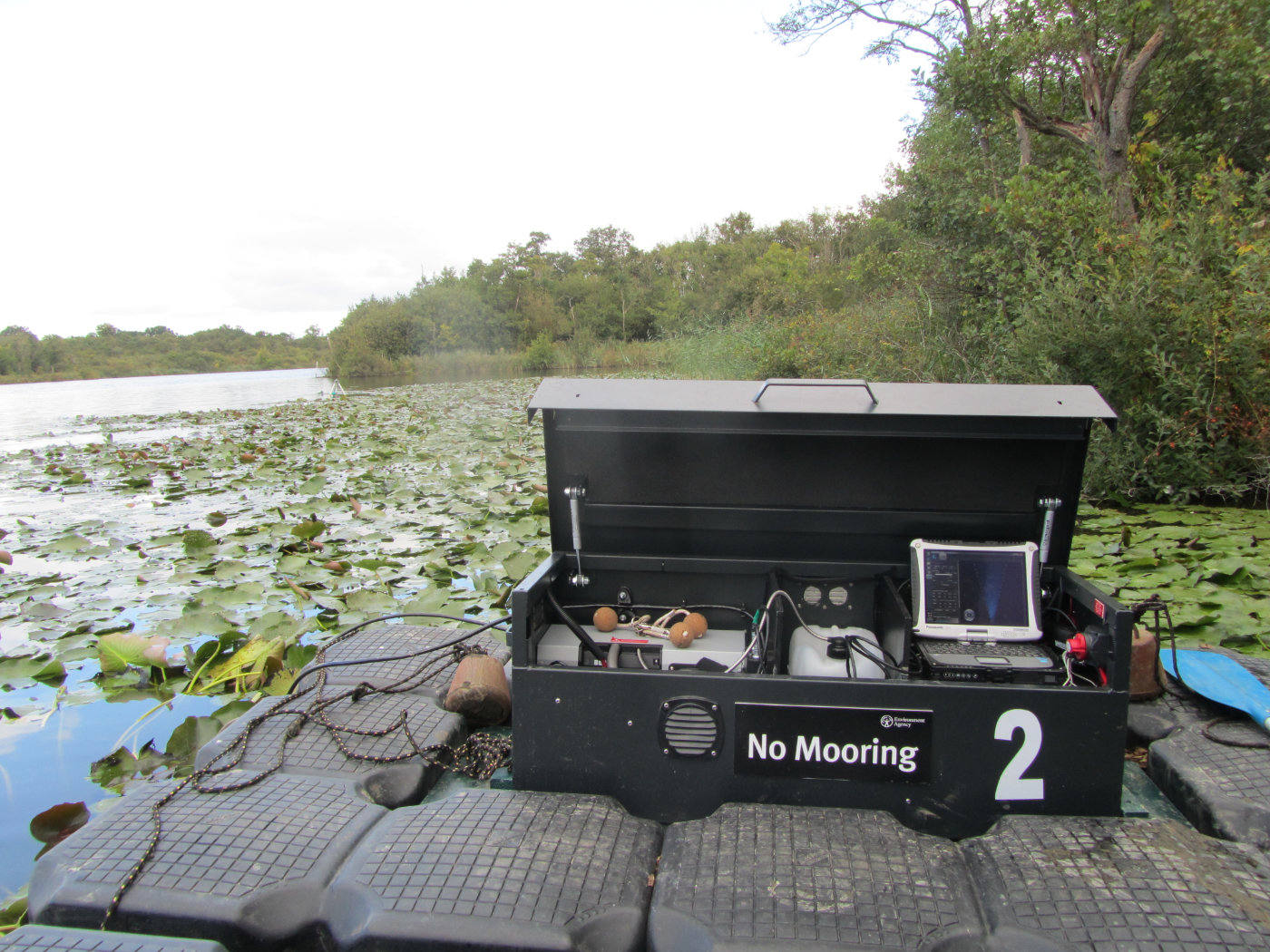 Norfolk Broads Direct gained a fascinating insight into an exciting environmental project and ground breaking ecological research when they helped to facilitate a special site visit to the Hoveton Great Broad restoration project for the Institute of Fisheries Management.

Hoveton Great Broad and the surrounding Bure Marshes nature reserve is a Site of Special Scientific Interest (SSSI) and is a fantastic wilderness area.  The broad has been cut off from boats for more than a century and can’t be reached by road.

Hoveton Great Broad can only be accessed by coming to special moorings on the river Bure, which many of our customers love to visit when on holiday in our cruisers.  A trip is certainly recommended as the broad and its surrounding marshes are home to many rare species including Swallowtail butterflies, Norfolk Hawker dragonflies, a colony of Common Terns and we have even seen Ospreys there recently.

Despite its good credentials Hoveton Great Broad has become very shallow, typically 2-3ft deep, due to sedimentation from algae, which forms a cloudy, sulphurous mud that is very difficult for plants to take root in.

Much of the Broads national park had pollution problems in the past with too much algae growing, due to artificial fertiliser and sewerage entering the water.  This clouded the water, which killed off many of the water plants and therefore deprived the waterways of oxygen and a place for insects to hide. Although this pollution (known as eutrophication) has been very successfully reduced the algae in the past fell to the bottom of the river and silted up the Broads with a mud which is inhospitable for plants to grow in.

Hoveton Great Broad has received £4.5m of national lottery and EU funding to resolve the siltation and eutrophication problem with a two part project, which was the subject of the Institute of Fisheries Management open day.

Biomnapulation project have taken place successfully on the Broads in the past but always by physically removing the fish via electro fishing.  Now new research from the Environment Agency, which has helped us to understand fish movement like never before, suggests that we can simply have a fish barrier which we open like a farm gate when fish are moving out of the broad and shut behind them so that they can’t move on to the broad again.

The Environment Agency is using new echo sounding technology which shows fish under the water (see picture at the top of the article).  Although ‘fish finders’ have been used for many years the new systems are now so accurate that they shows the fish in incredible detail under the water, almost as if watching it on a video screen.  The Environment Agency’s research has involved setting the eco sounder up across the entrance to Hoveton Broad (as well as elsewhere on the Broads) and videoing this on a laptop for up to two weeks at a time.   This has provided a huge amount of new data and amazed the scientists with their findings!

The research shows that fish move far more than ever thought before.  In fact the images show tens of thousands of fish moving out of Hoveton Great Broad on to the river at night and back in to Hoveton Great Broad during the day time.  The videos are so dramatic that it almost looks like bats moving out of a cave at night and returning before daybreak.

This revolutionary new research is completely changing the way we look at fish movements and can be used for many applications.  Not only could it change the way fish are ‘passively removed’ at Hoveton Great Broad it could have lots of other uses.  For example many fish get killed in pumping station when the pump is switched on.  However now we know that fish are likely to vacate the pumping station at night we could only run pumps at night, when most of the fish have moved onto the river, and save a lot of fish deaths.

Adding to the research Norwich Pike Club (fishing club) were on hand at the open day to demonstrate their fish tagging project in partnership with the Environment Agency.  Members of the club measure, sex and then tag pike after they have been caught.  This show how the fish move around the Broads and grow if they are recaptured with the tag. 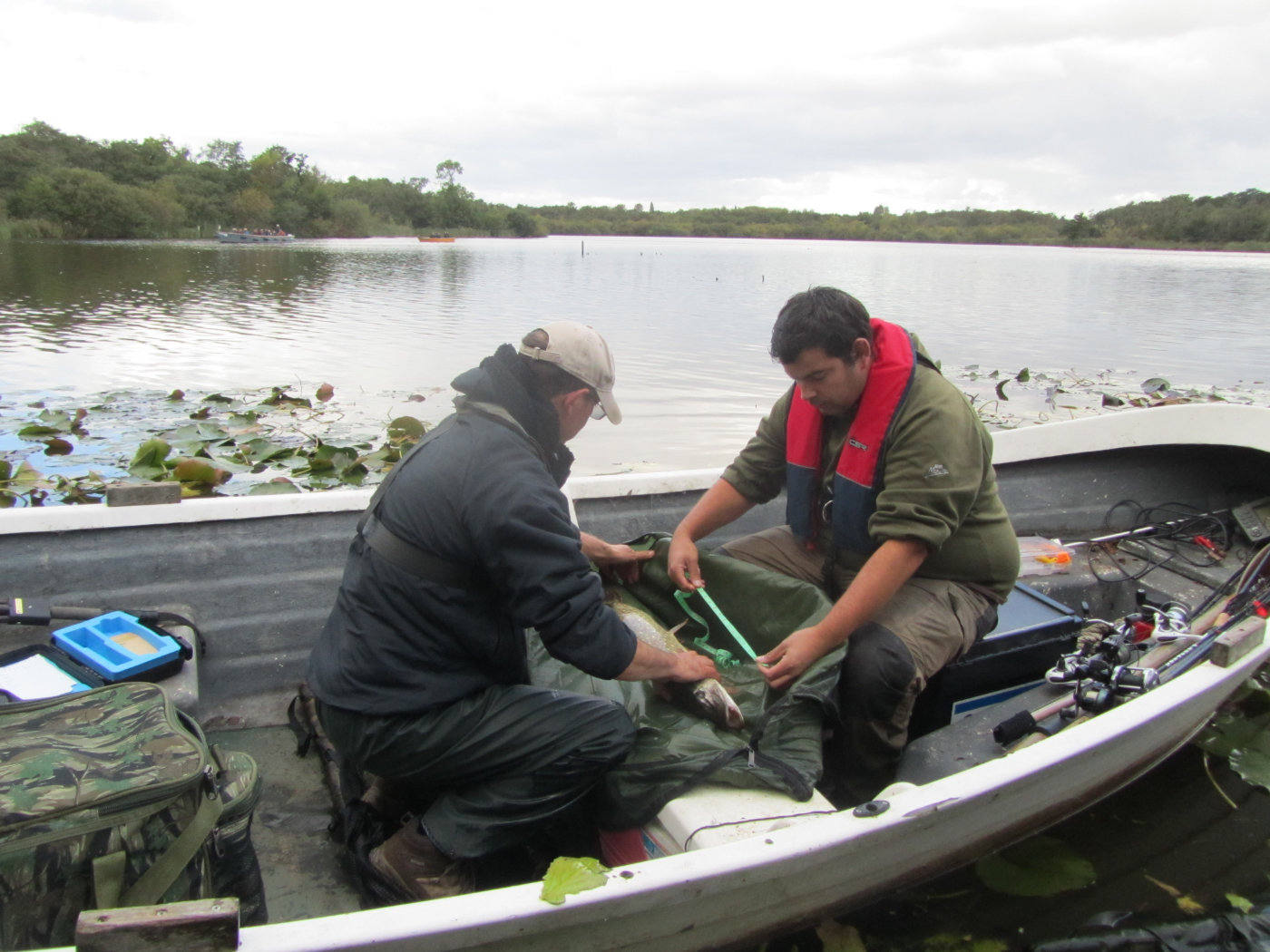 The whole open day proved a fascinating insight into preserving our special national park.  The Broads are now in the best ecological condition they have been in for years due to a lot of dedication from ecologists resolving pollution problems over the last thirty years. It was great to see this work continuing in new and exciting ways.